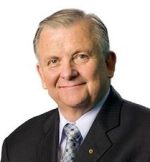 Ken Moroney was the NSW Commissioner of Police from 2002 to 2007. He has a remarkable track record of 42 years in the Police Force. Since his retirement from the Police Force in 2007, Ken has founded Nemesis and has continued to share his expertise and experience in a number of fields including institutional child sexual abuse, and is based in Sydney, NSW.