Perth-based Mary McComish joined ACSL’s Board as a new member in December 2020. Experience serving as a trustee for MPJPs like St John of God Australia and MercyCare WA, coupled with background in law and company governance, helps Mary bring principles of good corporate governance, especially in respect to transparency and accountability, to her work with ACSL.

What is your work background?

I’m a lawyer and my background is in academic law. I’ve previously served as Dean of Law of Notre Dame Law School in Fremantle, which was the first Catholic Law School in the Southern Hemisphere. 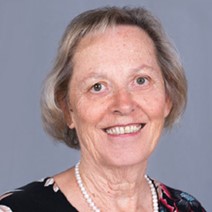 When I retired from that position, I went to work for Daydawn Advocacy Centre, an Aboriginal advocacy centre that had been set up by Archbishop Hickey in the Archdiocese of Perth. At Daydawn we mainly advocated for tenancy in homelessness on behalf of the Noongar people of Western Australia. While I was working there the Western Australian Redress Scheme came into force which was providing redress and compensation for people who had been subject to physical and sexual abuse in institutions, and we discovered that a large number of our clients actually had a claim because of things that had happened to them in institutions. I realised that a large amount of the disadvantage stems from (I believe) intergenerational trauma related to sexual abuse. Encountering this was really affecting in terms of sexual abuse and what it does to people and families.

Then the next thing I did workwise was to join the board of trustees of St John of God Healthcare where I’ve become very passionate about lay leadership and lay governance in the Church. So, I guess those two key facets of my work background have shaped where I am right now.

Aside from ACSL, where are you currently working or serving on boards?

What has drawn you to this role on the ACSL Board?

I followed the Royal Commission into Institutional Responses to Child Sexual Abuse closely, watching the televised parts and reading the Commission’s Final Report. What struck me deeply is the point the Commissioners made about the fact that while there was knowledge of what was going on in the Church (before the early 1990s), that there was no unified national system for responding to allegations, which meant that the complaints were handled in different ways across the Church, and that lack of unified response and action led to further abuses.

So, when CPSL was being set up I thought ‘Great, that’s exactly what’s needed’. Then when an opportunity for me to participate in a way of being a board member of ACSL, I was very keen to do it.

How do you see the conversation around safety and protection for children and adults at risk changing in Catholic communities? What role does ACSL have to play in that evolving conversation?

I think what still needs to change is the culture of looking inwards rather than outwards when talking about safety and protection. We do need a cultural change to recognise that this has happened in our Church, and may happen again if we’re not careful – that mindset has to be brought to the fore. Every single parish, every single ministerial work, every single school that has the name Catholic attached to it has got to be actively engaged in safeguarding.

ACSL has a big role to play in terms of safeguarding capacity building.  I think there is a slight  difference there in terms of the predecessor organisation CPSL which was doing capacity building but also had a strong focus on the audits and reviews– I think capacity building by ACSL and building communities of practice is something that I look forward to participating in. I’m looking forward to ACSL helping resource the individual Church entities to do the safeguarding work themselves. This is important, because we’re not going to get a change of culture unless everyone takes this on board. A lot of the smaller Church entities do need support and while CPSL was doing this already, for ACSL we look forward to a stronger emphasis on capacity building.

What particular voice or expertise do you believe you contribute to the board?

I suppose I bring experience and a perspective in terms of improving governance and structure, with respect to accountability and transparency. My very early area of expertise was commercial and company law and I’m very interested in the idea of ethical behaviour of company directors and ethical behaviours of corporations and being good corporate citizens in business.

In terms of lay leadership and governance in the Church, I’m a big supporter of some of the ideas articulated in The Light from the Southern Cross report, in terms of putting in place structures like pastoral councils, and other mechanisms within entities which will allow for transparency and accountability. Some of these ideas come from the realm of good corporate governance – there’s nothing magic about it – but some of these principles which come from the secular world of the corporations are good principles which I think have a place in Church structures as well.

I also come with governance experience from the Ministerial Public Juridic Person (MPJP) perspective. The MPJP ‘phenomenon’ in the Church is quite new – the oldest Ministerial PJPs are not more than about 20 years old. An MPJP is created when a religious congregation hands over their apostolic ministry for one reason or another to lay people. When the laity takes over that ministry, the PJP itself becomes a Church Authority and they become part of the official Catholic Church. I think this phenomenon is really exciting as there is an opportunity for lay people to take advantage of their baptismal rights and be involved in governance of the Catholic Church in various different ways. Having the Association of MPJPs as part of ACSL is extremely significant and is the first time I think that the AMPJP has been included in an official Church endeavour. I think it’s very important for the culture, the profile of the Church and is indicative of the changing times for the Church.

Are there any overarching guiding principles or values that guide your approach to your role on the Board?

I think a commitment to accountability and transparency is the guiding approach. I’m also a great believer in relationship building – no organisation with a certain mandate is going to get anywhere by just saying we have a mandate therefore it will happen – I think you have to build the relationship and the trust with the people that you’re going to be working with before anything will happen. So I suppose good relationships would be the other guiding principle. There are a lot of relationships for ACSL within the Church and we have to be respectful and aware of all of them.

What do you hope to achieve in your term on the Board and what are you most looking forward to for ACSL in 2021?

What I would like to help achieve is this national unified system for responding to problems, which is transparent and accountable.

I would like to see ACSL start to gain recognition for the very good work that CPSL started and to really be that national voice and that national resource which will help build capacity for the whole of the Church in Australia in relation to safeguarding for children and adults at risk. I really see ACSL as building on the work of CPSL – it builds on a solid foundation with the work on the National Catholic Safeguarding Standards and the networks that had already started to be built. I would like to see ACSL build on that. As a Church we really have to work together and we have to build things together.